The number of starting lineup combinations the Toronto Raptors have used this season gets a lot of attention during game telecasts — the count is now 14 combinations through 44 games because of injuries and resting Kawhi Leonard for the second game of back-to-backs.

Let’s visualize the various combinations with a tile plot, using a colour fill for wins and losses (mobile users may have to turn their device sideways to view the plot): 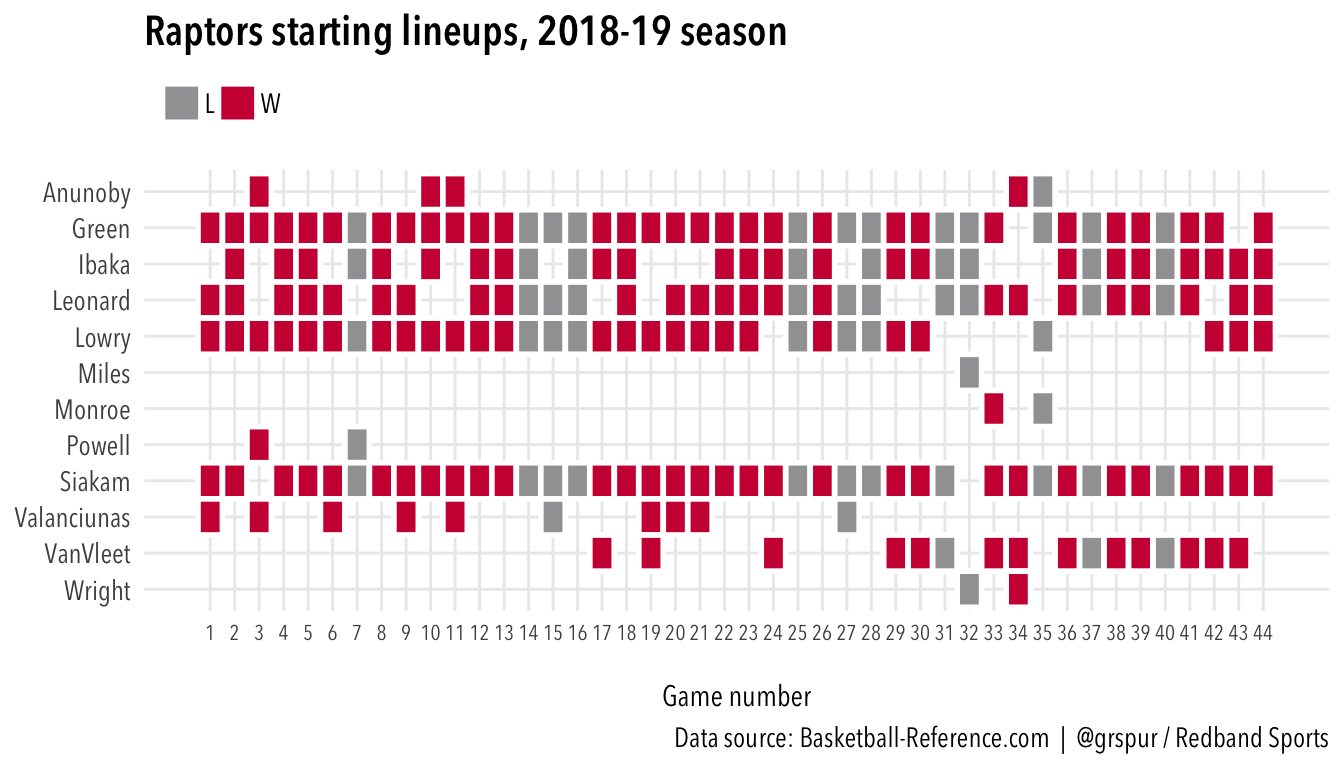 And let’s see the frequency of the combinations plotted above:

Interestingly, the 10 one-off combinations have a 7-3 record, and the Raptors are undefeated in the four games in which Fred VanVleet started in place of Leonard.

Code and data on my Github